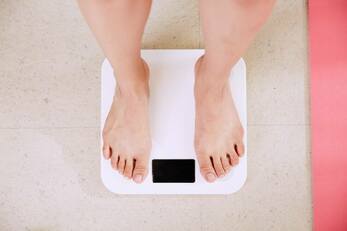 Work with your body to lose weight

Turns out January may well be the best time to lose weight… Don’t miss your chance
Here’s the science of why.

Fifty-two percent of weight gained throughout the year occurs during the festive holiday period. But if we act now before our body gets accustomed to its new more rotund self we stand a chance of shedding the excess more easily now than if we wait until later.

Losing weight is so darn hard at the best of times. That’s because unbeknownst to many of us our body weight is under unconscious homeostatic control.  Just like our blood pressure, core body temperature and the acidity (pH) of our blood – our body weight is working to keep itself stable within tightly controlled parameters. This is known as the body weight set-point

When we gorge ourselves at Christmas, ingesting way more calories than our body is burning (and more of the hyperpalatable variety of foods – eg stuffed full of fat, carbohydrate, sugar salt and flavourings), our body takes a stand by putting the brakes on and initiating a series of physiological and behavioural strategies to maintain our body weight’s set-point.

So if we’re able to listen to what our bodies are saying during this January period we may notice a reduction in appetite. We may notice that we are less attracted to the chocolate, ice cream, cookies, cakes and chips. And all of a sudden, donning your runners and taking a jog no longer feels like a chore.  We are in fact reacting to a physiological compulsion to eat less and move more in a bid to expend energy and prevent further fat accumulation.

There are in fact some fascinating scientific studies that support this (the Minnesota starvation experiment during World War 2 and the Vermont Prison Overfeeding study). Both studies show that with a deviation of weight above or below its set point, the body will attempt to adjust energy expenditure and appetite to restore its fat mass back to its original set point.

Take advantage of this phenomenon right now!
It makes sense to work with your body on this one and do its bidding.

There is more to this set-point hypothesis however. Consider that if you don’t act on your body’s compulsion to shed the excess, and you continue to eat hyperpalatable foods or stay sedentary, then your body will accept its new fat acquisition and weight as its new status quo. It will revise its set point to a higher number and moving forward your body will defend this higher set point and you will find it harder to lose weight.

Help I already have a high set point
If you are already overweight and have been for some time you are undoubtedly wondering why your body isn’t fighting to get lean.  The answer is that you may already be sitting at your body weight set-point. Every time you attempt a new diet, your body goes into “defend defend defend” to preserve its set point weight.  Researchers now know that overweight people who consistently “fail” on their diets do so not because they lack willpower or are lazy, but because they simply have a higher set point and have suffered metabolic adaptations as a result of dieting.

The concept of the set-point may go some way to explain why you could be facing an ongoing struggle to lose weight. To win the fight, we need to change the approach. The focus needs to be on gradually lowering the set-point.  CRASH DIETS WILL NOT WORK. They will switch your body into starvation mode.  Did you know that six years after contestants finished on the Biggest Loser, their metabolic rate was significantly lower than before they started the contest yet their weight was only marginally lower than before the contest?

There are six factors that have been shown to lower the set point:

If you have more weight to lose that just your Christmas bloat and want to understand what emerging science is telling us about shifting the body weight set-point and how to go about it, make an appointment today. Jo follows principles from the easy to follow, real-food based and scientifically validated Metagenics weight management programme called Shake-It.
Read more at https://www.shake-it.com.au