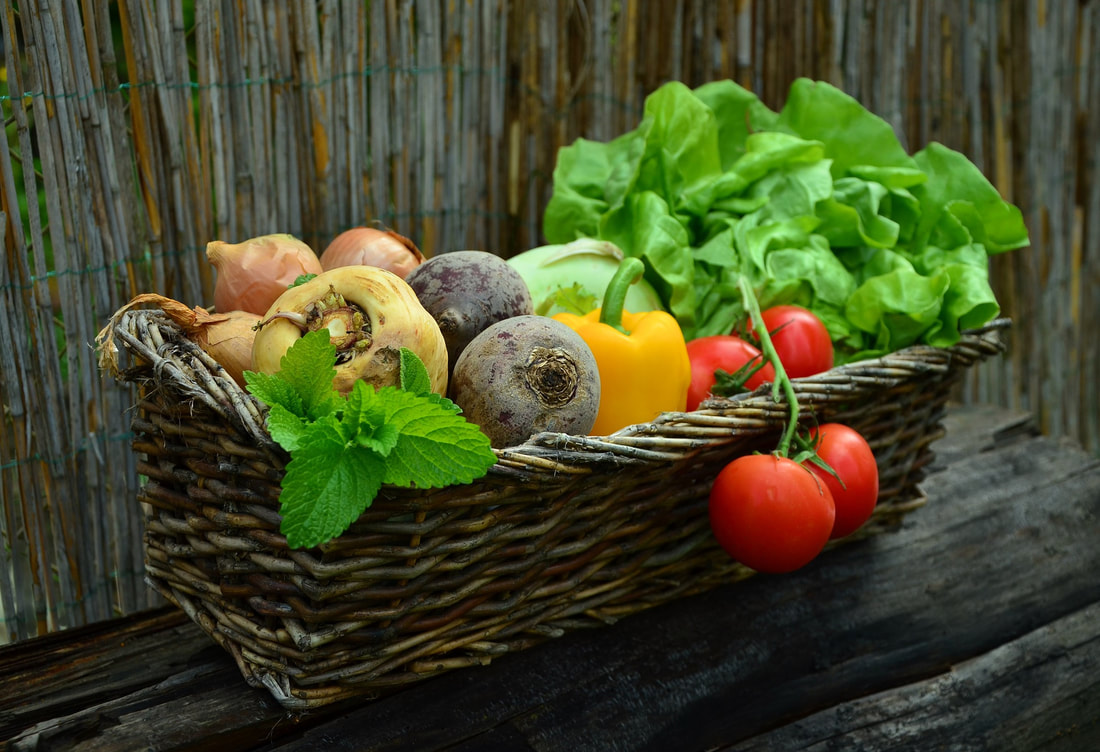 iving in this fast paced world and being constantly ‘on-call’ with little or no downtime can certainly have a negative impact on our health and mood. As Hayley mentioned in last week’s blog a cascade of physiological events takes place in the body that triggers changes in mood and our general wellbeing.
So much of our lives seem beyond our control – genetics, the environment, externally imposed stressors – so let’s look at things we CAN control if we really put our stressed out minds to it – diet, exercise, scheduling time out for self nurture.
​For this week’s blog, let’s focus on diet.

There’s more and more research indicating that dietary choices may influence mood and what you choose to eat or drink may well encourage bad moods and mild depression.

In a very interesting study from the University of College London, 3486 participants were studied for a period of 5 years.  They adopted one of two dietary patterns :”’whole food’ (heavily loaded by vegetables, fruits and fish) and ‘processed food’ (heavily loaded by sweetened desserts, fried food, processed meat, refined grains and high-fat dairy products). Their self-reported depression was assessed 5 years later”.[1]

The results were definitive and the authors concluded that in middle-aged participants, a processed food dietary pattern is a risk factor for CES-D depression 5 years later, whereas a whole food pattern is protective.

Other studies showed similar promises, one in Spain concluded that adhering to a traditional Mediterranean style diet prevented depression [2]

And closer to home, an Australian study recently came to a similar conclusion. The authors concluded that a “traditional” dietary pattern (mostly vegetables, fruit, grass fed meat, fish, and whole grains) was associated with lower odds for major depression and for anxiety disorders compared to a “western” diet of processed or fried foods, refined grains, sugary products, and beer [3]

In another study, a group of people with both depression and heart disease or diabetes were studied for 3 months to see if supervised dietary changes and lifestyle changes including an introduction of exercise would change their health.  The results – 73% of people whose symptoms suggested  clinical depression before treatment were no longer depressed.  They also reported improvements in psychological wellbeing sensing less hostility and perceived stress plus, an improved quality of life as well as less symptoms associated with heart disease and diabetes. [4]

It may be impossible to separate dietary effects alone, but it certainly demonstrates that comprehensive lifestyle changes can be extremely effective to overall health and mental wellbeing.  It’s certainly worth trying natural means such as changing your diet to quell depression before filling the script for an antidepressant.

So let’s look at the main do’s and don’ts of a healthy psychological state.

As a nutritionist and herbalist, I firmly believe in walking the walk, so I thought I’d post a typical day’s breakfast to give you an idea of how a healthy diet not only equates to a happy disposition, but is terribly yummy!!!!.