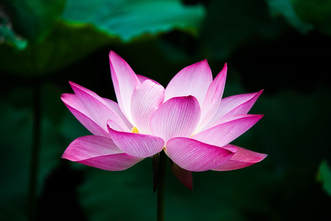 Factors that can contribute to an abnormal Pap smear

​According to the NSW cancer council 1 in 10 pap smears shows some abnormality. These cell changes in the cervix can vary in severity from mild, reversible changes to cervical cancer.

What does an abnormal Pap smear mean?
Pathological processes in the cells for the cervix can give rise to a spectrum of changes that can all show up as abnormal on a Pap smear. Some atypical cells are benign and may be due to bacterial, fungal or viral infections.

Risk factors
The risk factors for cervical dysplasia and cervical-cancer are similar, and are largely attributed to lifestyle and nutritional factors. Smoking cigarettes, sexual activity, acquiring certain viruses, using oral contraceptives, immune suppression, and nutritional deficiencies are just some of the risk factors that increase the chances of developing cervical dysplasia and cervical cancer.

Viruses
Certain viruses increase the likelihood of the development of abnormal cells. These are Human Papilloma Virus (HPV) and Herpes Simplex Type 2 (HSV-2).
Although HPV is usually present in women with cervical dysplasia and cervical cancer, the vast majority of women with HPV do not develop CIN or cervical cancer. It is thought that other factors such as smoking and poor nutrition need to be present in addition to HPV to promote the development of CIN. Thus the presence of HPV alone does not seem sufficient to cause cervical cancer in most cases.

Smoking
Smoking (including passive smoking) has been associated with cervical cancer and cervical dysplasia. Studies demonstrate a modest but significant increase in the relative risk with smoking. Smoking has been shown to depress the immune system and induce vitamin C deficiency which may contribute to the development of abnormal cells.

Nutritional factors
Vitamin and mineral deficiencies play a major role in the onset of cervical cell changes.
A high fat intake has also been linked to cervical cancer, while a diet high in vegetables and fruits is believed to protect against cervical cancer.
Several studies demonstrate the definite association between cervical dysplasia and deficiencies in folic acid, vitamin C, selenium, vitamin A and beta-carotene.
Other nutrients also associated with changes in the cervix include B vitamins and zinc.
There is much literature suggesting that there is a role for nutrients in the prevention of cervical dysplasia and cancer.

Lack of biannual Pap smears
Fortunately, Cervical cancer is one of the few cancers that has well-defined precancerous stages, and having regular Pap smears means that cell changes can be detected and treated early before they become cancerous.

As outlined above, there are various risk factors that can be avoided to reduce the chance of developing cervical dysplasia and cervical cancer. There are also many nutritional factors that have been shown to reverse early dysplasia. If you would like more information, please contact one of our Naturopathic practitioners at the clinic.